Written by Ricardo
Updated over a week ago

Further data has been added to the "Team Settings - Subscriptions" page, which now shows all relevant information pertaining to the account, namely: 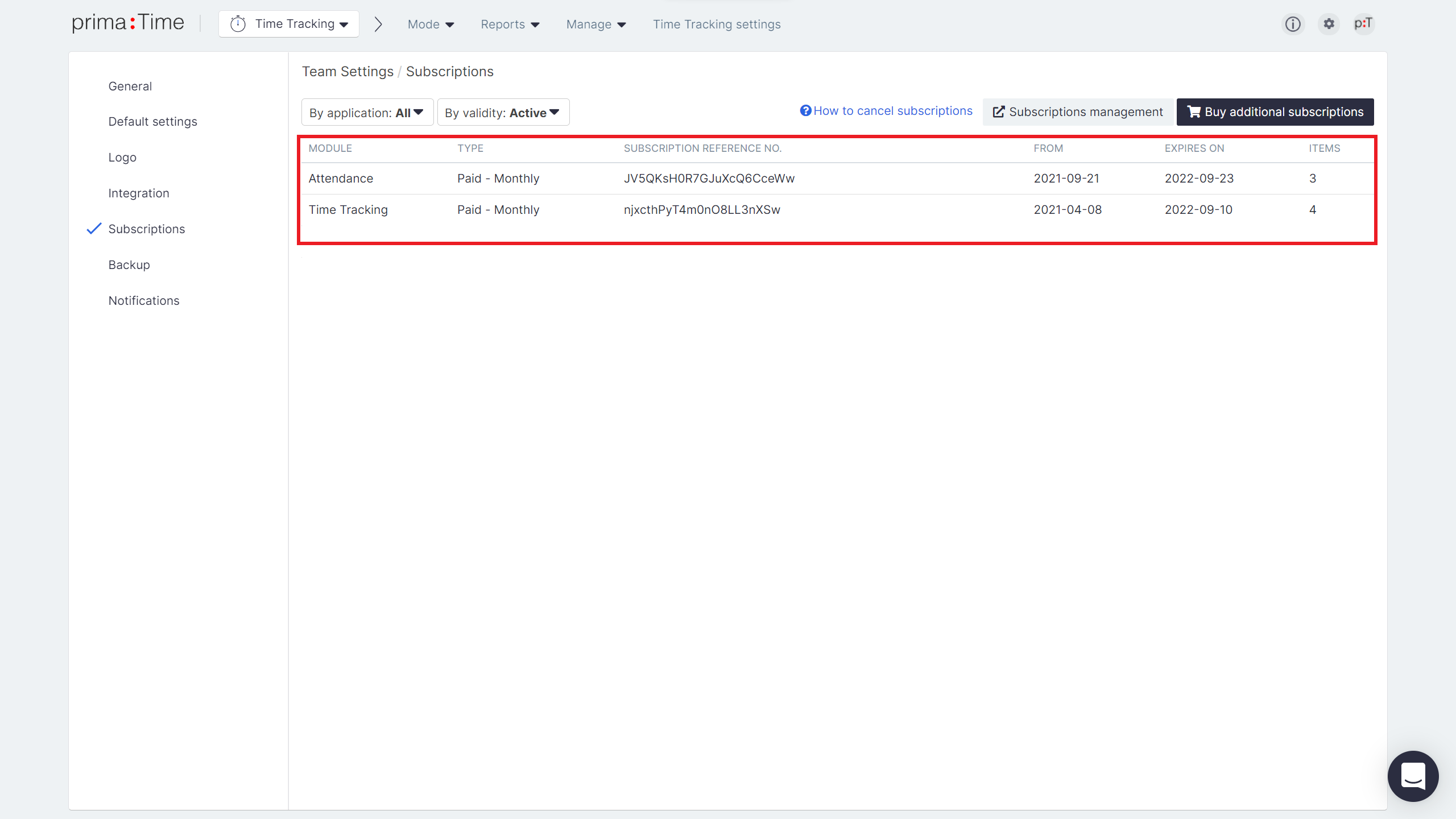 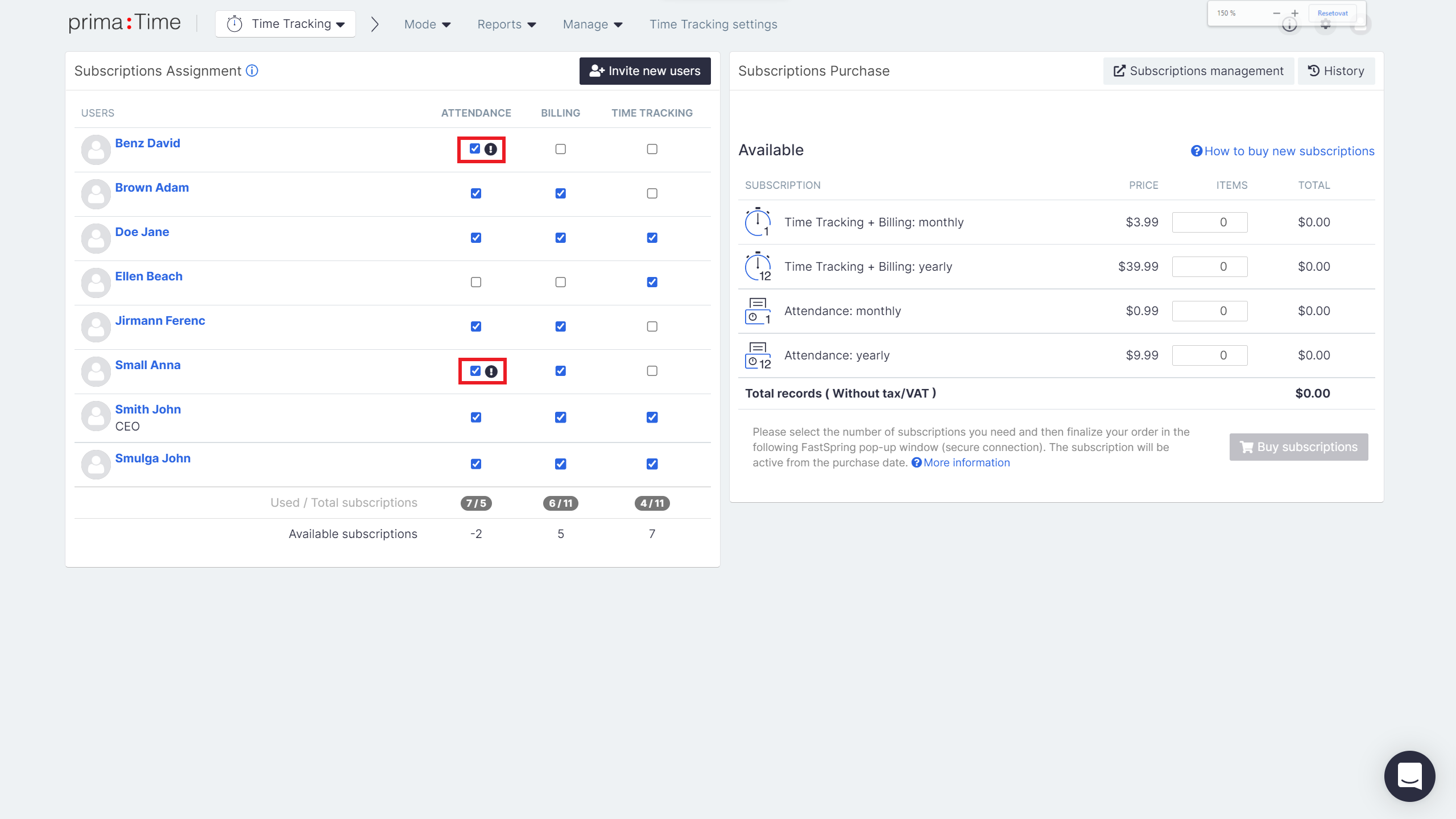 This feature makes it much easier to visualize the application access status of each user in relation to each attributed module, while still being possible to redistribute the number of available accesses in real time, as preferred by the Account Owner and / or authorized Admins.

This new feature will help our users to distinguish more clearly between time records in progress and previously logged time records.

In order to also improve the user experience of customers who operate our app via mobile or tablet, we have been greatly optimizing the usage of this type of devices.

In addition to the deployed improvements for mobile devices, other fixes and enhancements were made throughout the application, either correcting detected inaccuracies or simply trying to improve our users' experience, such as:

Our development team has been preparing an important enhancement to our application. After the testing phase is over, we will include a new "Mode" in the main panel. It will now be possible to easily create and associate Expenses to your time records, whether linked to a specific Project, Client, or Expense type. This new feature will be meeting the requests made to us by many of our users and we will be happy to support it in a very near future.

Did this answer your question?